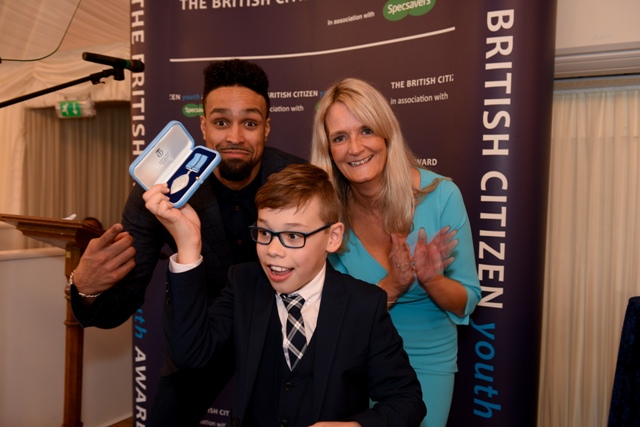 In July 2016, Bailey, then 8-years-old, completed his first ever triathlon unaided. This involved a challenging 100 metre lake swim, 4,000 metre bike ride and 1,300 metre run as part of the Castle Howard Triathlon in North Yorkshire.

What makes this remarkable is that Bailey at 18-months-old was diagnosed with a form of cerebral palsy; a neurological condition that affects movement and co-ordination. Everyday tasks are made more difficult by the condition, even getting himself dressed. Yet, inspired by his Dad and Uncle, who are keen triathletes, Bailey made up his mind he wanted to take part.
Bailey has now completed the gruelling Castle Howard Triathlon, for a second year running, tackling it seven minutes faster than the previous year. At the end, Bailey threw away his walking aid to cross the finish line unaided.
Bailey is an inspiration and a role model to others. He volunteers at the local Parkrun, when he is not running and even stands in for the Race Director from time-to-time, standing up and addressing several hundred people. He motivates them to do their best, reminding them it’s a “Run not a Race”.
Bailey is living proof that your condition does not define you. He has addressed audiences up to 6,500 and continues to inspire others to do their best and to try something they thought they could not do – if Bailey can do it, so can they.