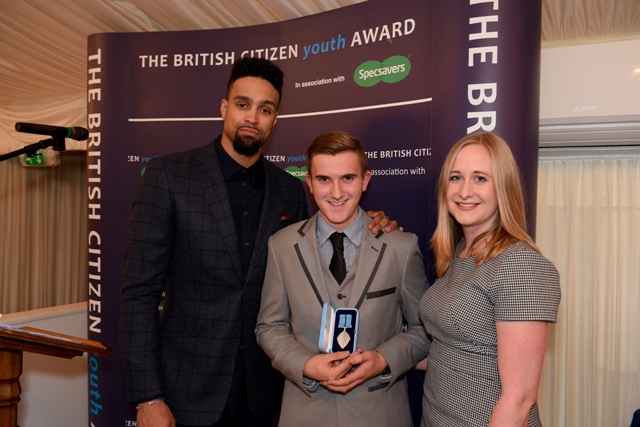 In February 2017, Caine returned home to find his Dad unresponsive and not breathing, with his younger siblings at home with his father. Caine was calm and placed his Father in the recovery position and took charge calling the ambulance. Caine continued to administer CPR right until the emergency services arrived.
Caine’s Dad was taken to hospital and diagnosed with double pneumonia in both lungs which led him to have a full respiratory failure and cardiac arrest. His Dad had not been ill prior to this and had finished his shift as a Prison Officer, returning to care for Caine’s younger siblings.
The hospital confirmed that Caine undoubtedly saved his Dad’s life by taking the actions he did, and without his quick thinking, confirmed he would not have survived. Not only did Caine deal with this traumatic situation, he then took care of his two younger siblings and cared for them at an obviously distraught time.
Caine has been a member of the Combined Cadet Force through the school he attends, and this is where just two weeks before he completed a CPR course. His two years with the Combined Cadet Force has given Caine the confidence and skills to do amazing things, including saving his Dad’s life. Caine has also volunteered through his Bronze Duke of Edinburgh Award, received earlier this year.