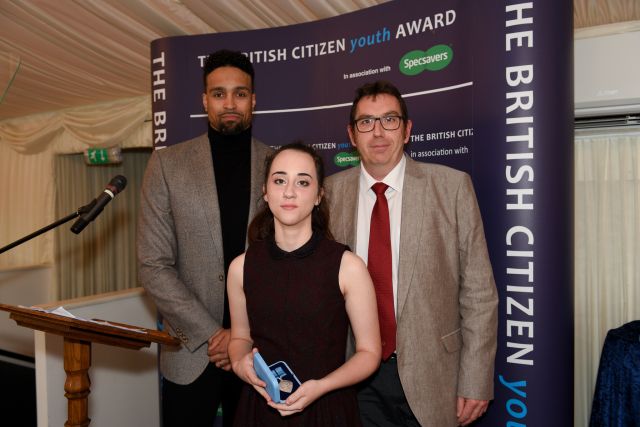 Courtney, at the age of 15, bravely intervened in a gang warfare situation as it unfolded outside her home. Saving the life of a man who himself was armed with a large knife and had been stabbed multiple times. Whilst other gang members remained in the vicinity, one of which recovered the weapon carried by the injured man, Courtney calmly tended to the man’s injuries selflessly putting herself in danger. Courtney’s intervention prevented further injury to the man and showed great strength of character.

Whilst several adult onlookers gathered nearby, and other gang members stood around aimlessly, no one shared Courtney’s bravery and offered any help. No one else was prepared to intervene while Courtney saved the man’s life.Courtney learned her life saving skills with the Army Cadet Force which she joined when she was 12. Aside from using her knowledge of First Aid, the extraordinary aspect was her belief in doing the right thing.

Without judgement, Courtney tended a seriously injured young man seeing only a potential loss of life. The fact that he was carrying a knife and was probably a gang member was not important to this extraordinary young lady. She helped calm the man, correctly dealt with his injuries and spoke to the emergency services whilst doing so, to ensure that they could treat him most effectively upon arrival. Courtney hasn’t been able to find out too much about the man she helped because of his likely criminality, but she knows that he has recovered from his injuries, and thanks to her bravery and calmness under pressure she has prevented one more death to knife crime.