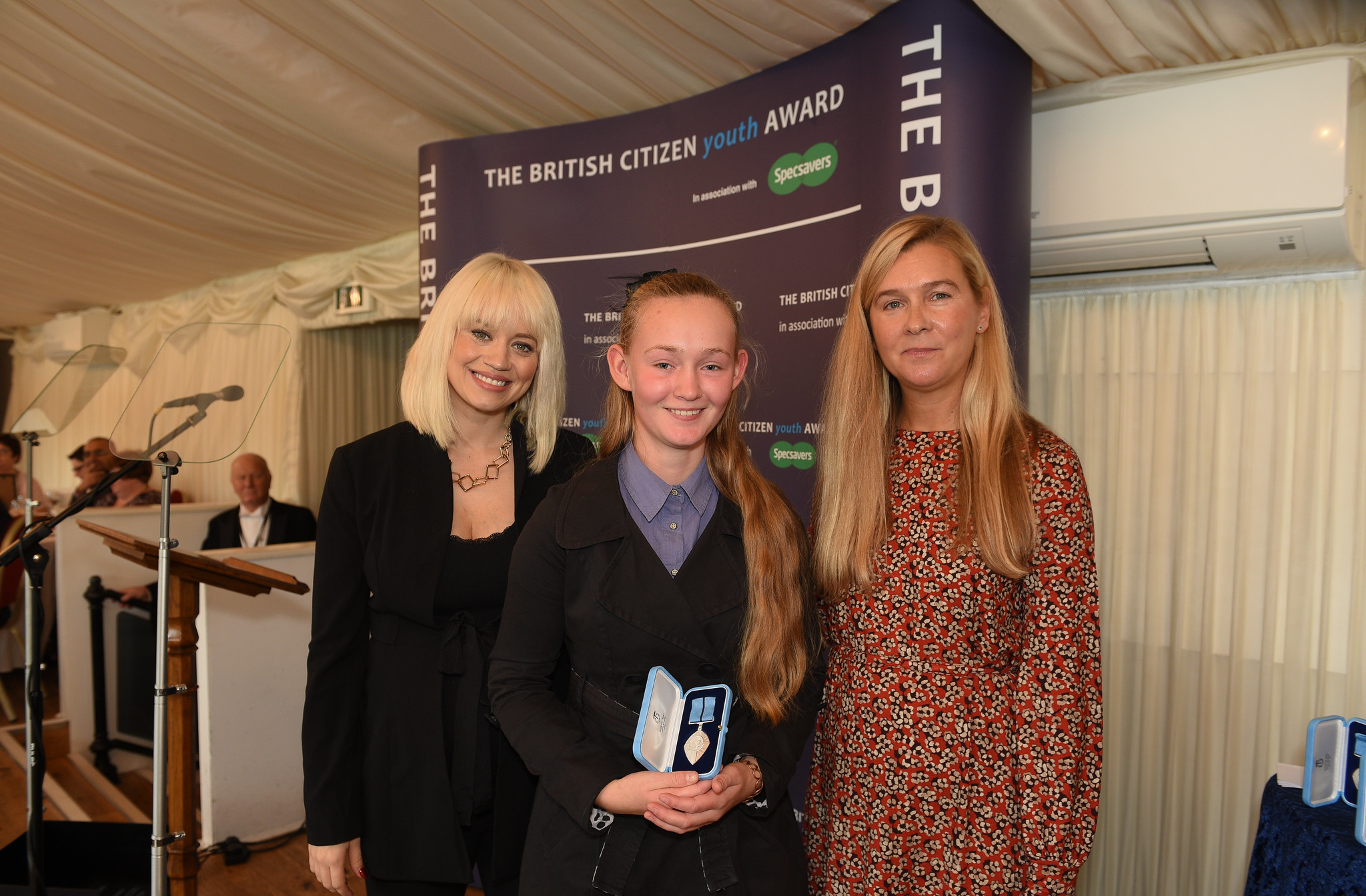 When aged 10, Georgie adopted her Romanian street dog, Bella, and has always had an affinity and empathy for unwanted dogs. It mobilised a passion in Georgie and she has been an active fundraiser for the last 4 years. Starting with a target of £250 to save one dog her fundraising has just spiralled. From making a massive batch of liver cake to sell at the Doggie Christmas Bazaar she reached her initial target. By the end of 2016 Georgie had added making copper bracelets to her skills and topped her next target which was £500.

Whilst volunteering at Spanish Water Dog Weekend, Georgie took it upon herself to paint the letters ‘SWD’ on glasses and sell them, donating all the proceeds to SWD. By the end of 2017 she had raised £1,197. In 2018 Georgie was noticed by Somerset West Agility Training, who recognised her dedication and talent and asked if she could produce their 2019 Show Trophies. Georgie completed this creating 500 glass trophies in just 3 months. Georgie’s total raised so far is £4,152.00

Having raised enough to save many animals, Georgie remains dedicated to her own rescue, Bella, who through committed training has qualified for Crufts for three years.