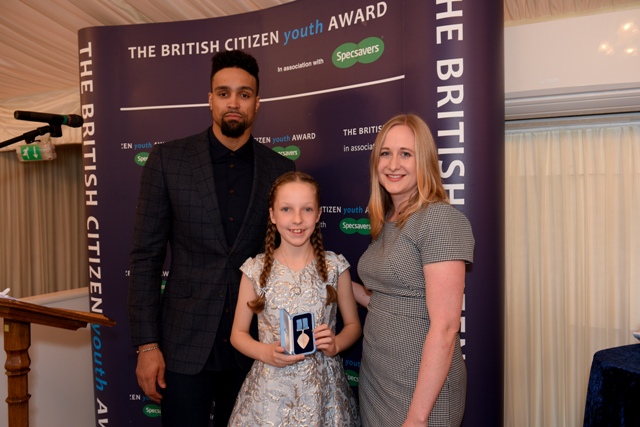 Shortly after being diagnosed with Crohn’s Disease, Grace met some volunteers from Crohn’s & Colitis UK (CCUK) who discussed living with Crohn’s day-to-day. That night Grace decided she wanted to change how people reacted to those with an invisible disability, who needed to use a disabled toilet, but who did not look disabled.

Grace decided to design a new sign, depicting that not all disabilities are visible. She wrote a letter to her local MSP to see what he could do to help. Iain Gray met Grace in Scottish Parliament and had invited along some others to see what help/interest there was out there. After discussions, ‘Grace’s Sign’ campaign began with the support of not only her local MSP, but also her newly elected MP.

Since the start of her campaign in 2015 the amount of Grace’s signs being displayed has increased, making it easier for those with invisible disabilities to use disabled facilities. Grace continues to work hard raising awareness and was the inspiration behind the CCUK campaign for better signage in supermarkets.

The hearts on the sign represent that something is invisible and also that people should have a heart and not judge what cannot be seen. It has been over two years and Grace, understandably still gets excited seeing her sign displayed in new venues, in the knowledge that it is helping others.