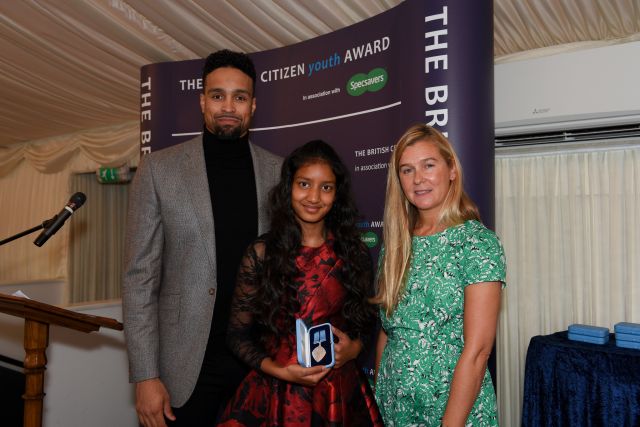 Hannah is a very community-spirited person, intent on improving the locality where she lives for the benefit of everyone. She triggered a campaign that led to the installation of a £50,000 mammoth skull replica which is housed in the Redbridge Museum, this little piece of history restored to its original location was Hannah’s first community campaign which she started aged seven.

At high school Hannah became aware that some pupils were using legal-highs, so she initiated a campaign that led to the creation of a borough-wide drug crime reporting portal on the East Ilford Betterment Partnership website. A solution she designed to help local police better map crimes of this nature. At 14 she had already become a competent and experienced volunteer and campaigner for the British Pakistani Christian Association. For the BCPA she has spoken at Westminster Cathedral to an audience of over 1,000 people and was invited to an EU Conference on minority persecution in Pakistan.

Although Hannah suffers from Juvenile Arthritis she still represents her school in Badminton, Football, Swimming, and has won a national badminton competition and a local football tournament. She is determined that her physical condition does not deter her from helping her community wherever she can. When Hannah learnt about the desire of local people to have a nativity scene reinstated on the steps of Ilford Town Hall she helped obtain funding and subsequent permission to have it reinstated. In 2017, for the first time in 11 years, the nativity took pride of place to the approval of people of all faiths.