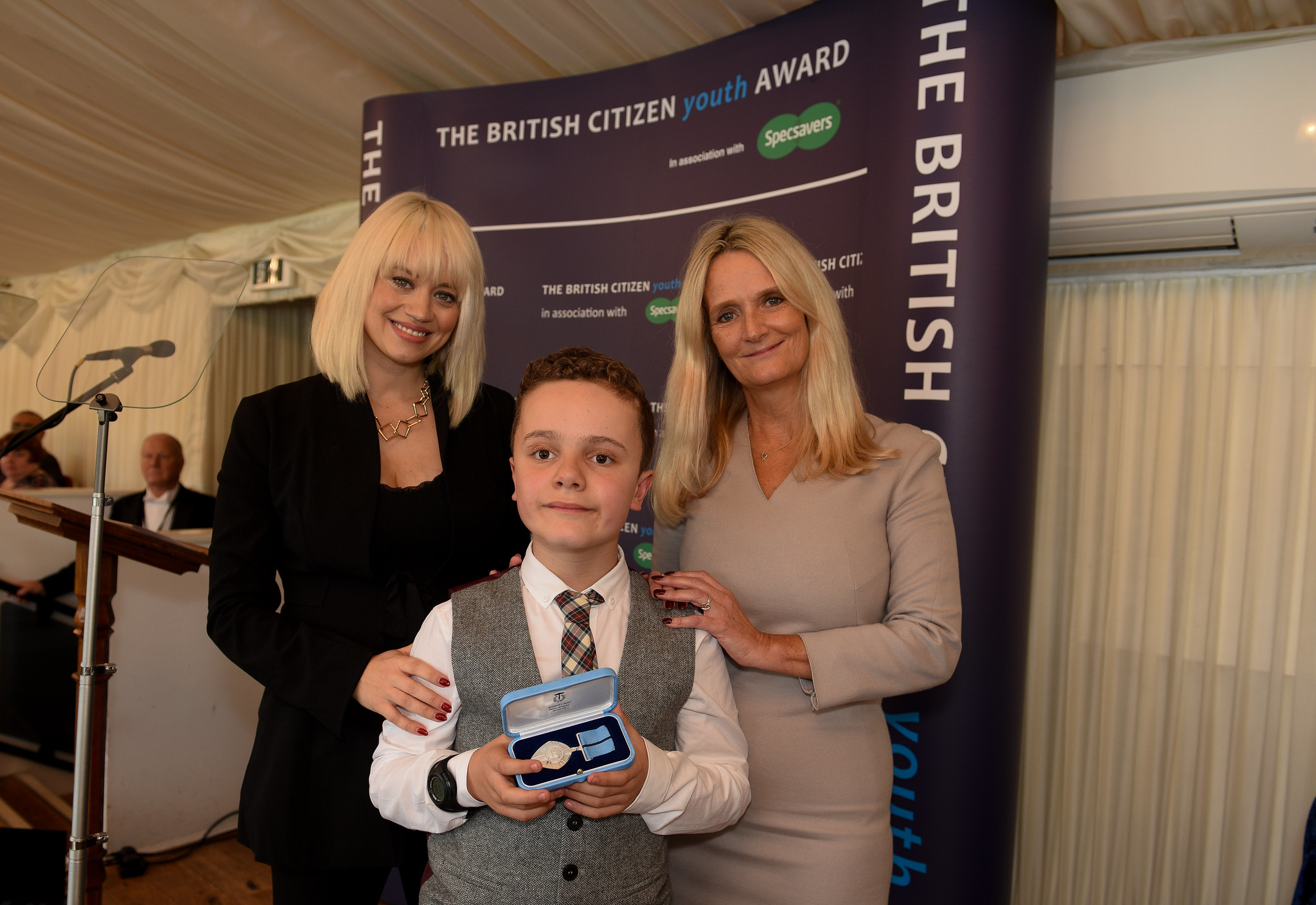 BRITISH CITIZEN YOUTH AWARD ROLL Jack was born with a brain tumour on his optic nerve and spent a lot of his early life in hospital, having several operations. At the age of 11 he is now on his seventh round of chemotherapy. Amazingly, Jack has raised over £32,000 for children’s charities, as he believes there are a lot of children not as lucky as him and he wanted to help them.

He has hosted tombola’s, raffles and bake sales to raise money and awareness of the charities he supports. He has run the mini Great North Run which he completed with a broken toe and is determined to reach £40,000 by Christmas.
One of the charities that he helps raise funds for are Heel & Toe, which helps young children with physical disabilities receive therapy. The money he raised contributed to the building of a new hydrotherapy pool where he even got to open the new building. He also raises money for CLIC Sargent, which helps with travel costs and supporting families with overnight stays and specialist staff.

Jack is very positive despite his own health issues and just wants to make a difference. He is often seen at weekends visiting supermarkets with his bucket collecting for charity.