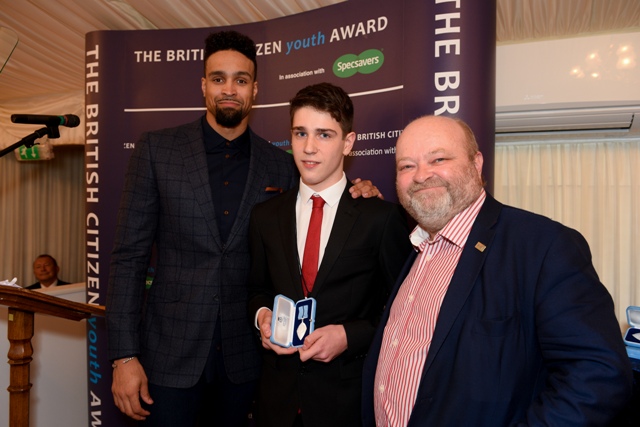 Since family friend Anna Swabey was diagnosed with a terminal brain tumour aged 23, Jake wanted to do something to help. Anna had vowed to fundraise and raise awareness of brain tumours in the time she had left, with her aim to raise £100,000 which she achieved prior to passing away in August 2016. Jake was determined to continue to raise money and awareness and decided he wanted to do something to help raise funds.
Jake is a keen water polo player, so decided to do something swimming related. He chose the challenging Great North Swim, a 1-mile course in the open water of Lake Windermere. He set about preparing himself for the cold-water swim by training in local lakes regularly before the event. He started fundraising by getting sponsorship at school, home and through local businesses. He set up a Just Giving page and advertised his fundraising on social media. He was thrilled that he managed to raise over £500 and complete the swim.
Undertaking this challenge shows his selflessness, compassion and determination to contribute to Brain Tumour Research. He is an inspiration to other young people, encouraging them to think of others and to make a difference. Jake will be swimming The Great North Swim 2017, with local newspapers, businesses and his school behind him to continue to raise not just monetary value, but the awareness of an under-funded area of research.