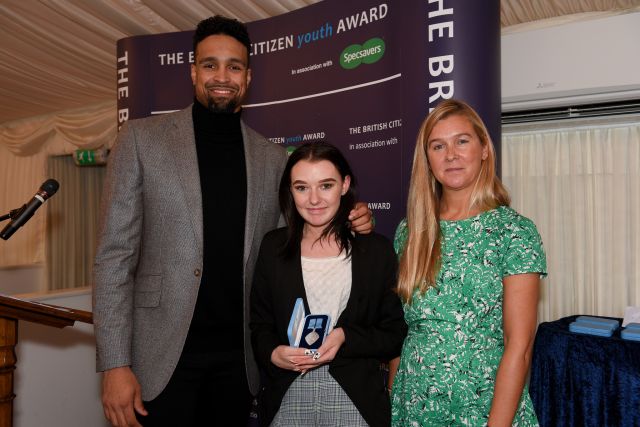 In August 2017, Katlyn who was 15, was walking her dog when she came across a woman in distress. She noticed the woman crouching and crying on the opposite side of the road. Other pedestrians were looking but no-one approached the woman. Katlyn felt she needed to intervene and crossed the road to see if the woman needed any assistance. The woman started to walk away but Katlyn persisted until the woman explained how her partner had beaten her. Katlyn sat down calmly and asked if she would like the police to be informed, and the woman said yes.

Dialling 999 for police assistance, Katlyn then discovered that the woman’s partner and his friend had beaten the woman in the face and stomach, left her and returned to stab her in the stomach with a screwdriver. Giving no thought to her own safety, not knowing if the woman’s attackers might return, Katlyn passed as much information as possible to the police and requested an ambulance. She then administered First Aid checking the stab wound and the level of bleeding. At this point the woman started to hyperventilate and Katlyn calmly got the woman to take deep breaths and continued to reassure her.

Throughout the incident Katlyn showed courage and calmness under pressure, stepping forward when others wouldn’t and delivered sound first aid and communication with the police, keeping the woman calm. Katlyn learned her First Aid skills as a member of the Army Cadet Force and is proud to help others when they are in need.