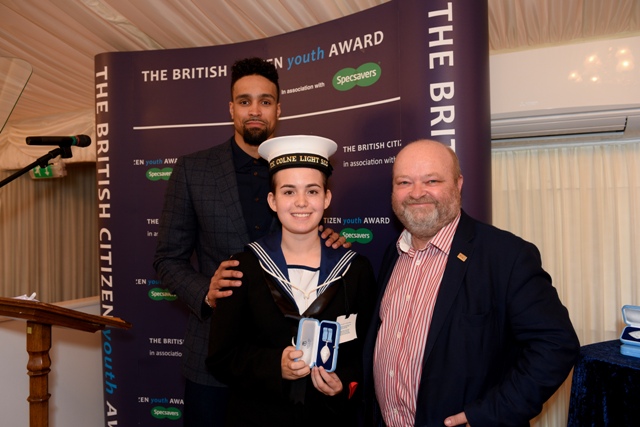 In June 2017 Molly, a Sea Cadet in Colchester, who also plays under-15 Rugby for Essex, was at her local Rugby Club when she was alerted that one of her friends had collapsed and was lying unconscious. Club members singled out Molly as they knew she is a Sea Cadet and may have trained for such an incident. Molly immediately rushed to attend to her friend who she found to be having difficulty breathing. Molly assessed her condition and called for an ambulance, giving them precise directions and information on the situation.
Her friend had vomited, so Molly cleared her airway and began CPR. When her friend appeared to be breathing normally, Molly placed her in the recovery position and looked after her until the emergency services arrived, by which time she had begun to regain consciousness. The ambulance crew praised Molly for her quick and correct actions and were impressed that one so young had reacted calmly, and had the knowledge to know what needed to be done.
Sea Cadets train many young people and adults in first aid, but even those with the benefit of training can freeze when presented with a real-life situation. Molly did not – she remained calm and controlled, taking charge not just of the casualty but also onlookers and all involved.
Molly is now strongly campaigning to have First Aid training added to the school curriculum.