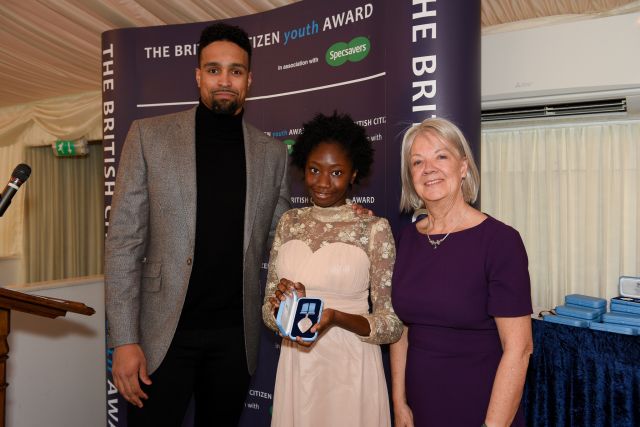 Nicole is determined to break the stigma of Mental Health and tell people that is not a taboo subject. When she was just 13 years old, Nicole suffered bullying at school leading her to undertake multiple suicide attempts. She was admitted to the Priory and remained there for three months rehabilitation. Three years on, she has released the diary entries about her stay in the Priory to help raise awareness of Mental Health.

Nicole was invited to speak on TV about her experience in the hope that anyone in the wider community dealing with mental health challenges might take comfort from her successful, although ongoing, recovery. Now 16, Nicole is using her personal mental health challenge to inspire people of all ages, telling them she is still going through recovery but chooses to go through recovery while talking to others about it. She is currently an active volunteer with ‘Creative People and Places’ in the London Borough of Hounslow, which advocates community cohesion and standing together.

Nicole’s book of her diary is still being distributed and was released in May 2018. Following her treatment in the Priory, she returned to the same school where the bullying, which was one of the triggers for her suicide attempts, took place. She has remained at the school but is now a motivator to other youngsters, encouraging them to continue with their studies and to never give up.