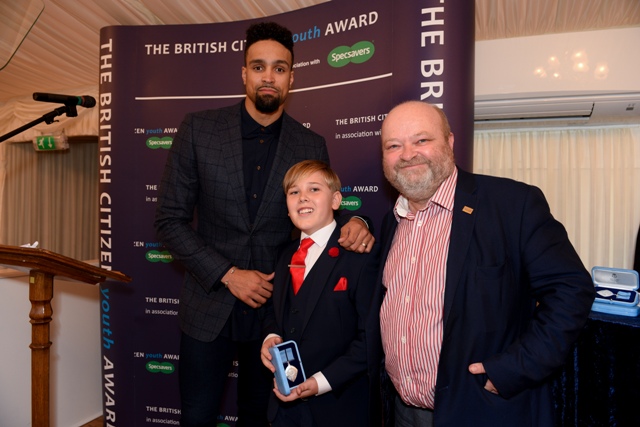 Owen has been fundraising for more than a year, benefitting multiple local causes. He has a natural passion for helping others and is a caring, compassionate young man with a ‘can do’ attitude to making a positive difference to other people’s lives.

Since starting fundraising, Owen, who previously always had shoulder length hair, watched a YouTube video of Stephen Sutton MBE. The video inspired and affected Owen so much, that he decided to shave his hair off to raise money for the Teenage Cancer Trust. This was live-streamed on the internet and Owen raised £560. Attending a Teenage Cancer Trust event, Owen was presented with a Trophy and Certificate on stage by Jane Sutton, Stephen Sutton’s Mother.

Owen is currently fundraising for a local 5-year-old boy, who at just five months old contracted meningitis. The young boy lost both his legs, and in a bid to provide him with the option to choose his own prosthetic legs, Owen has sold cakes and cookies to family and friends and organised a ‘guess the number of sweets’ in a jar competition, raising £440. To continue to raise money for this young boy, Owen walked from Wolverhampton to Walsall, approximately 7.1 miles. He is on target to raise £1,000 to help.

Owen sees no challenge as too big, and is constantly looking for new causes to raise awareness or funds for within his local community.