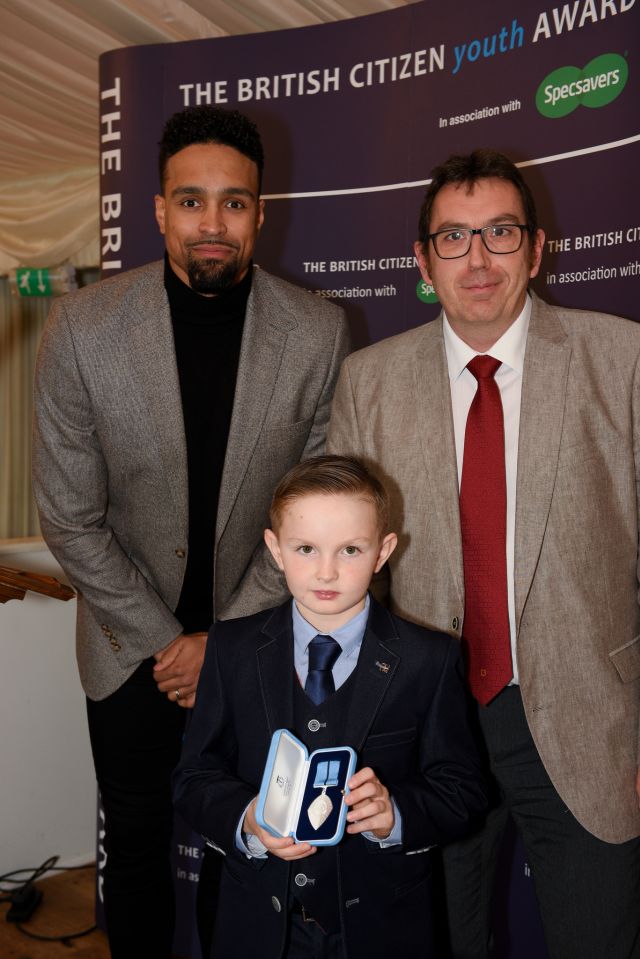 Tyler is a 10-year-old multiple world champion in kickboxing, representing both Wales and Team GB. He started training in kickboxing at the age of three, training 5 days a week he soon became an inspiration to other children. At present he is teaching several classes each week and running seminars on kickboxing throughout the UK.

In December 2017, Tyler became aware of a young boy in the local community who was suffering from cancer and had spent five months in hospital undergoing multiple operations. Tyler discovered the young boy had a passion for martial arts, so met the family at the hospital and got permission to visit him. Tyler presented the boy with his gold medal, telling him ‘you are the real champion’. This gesture of kindness and selflessness had a very positive effect on the boy.

Tyler had a desire to do more to help and discovered that for the boy to leave the ward and go outside he would need special apparatus. Tyler decided to raise funds to buy the equipment, which he achieved through running two kickboxing seminars. Soon after, the boy was able to leave the ward for the first time in months and breathe fresh air. Helping this young boy so inspired Tyler that he is now using his kickboxing to make a difference to others. He is running three events to buy a machine for Birmingham Hospital children’s cancer ward. Away from kickboxing he is to undertake a 3-day walk across the Brecon Beacons and a half-mile walk on the sea bed, raising further funds for the children’s cancer ward.